Another Wiki
Start a Wiki 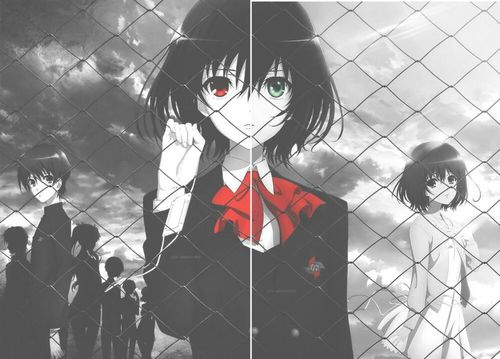 What's on your mind?

Do anyone know any of the characters birthdays? I really want to celebrate their birthdays O.O

Hello everyone, i just wanted to ask... that at which episode Shoji-Kubodera suicide? pleas tell me number of that episode..

Hey just finished watching the anime, and was on the internet to read more about it. Just then i read that anime "another" was based on a real story. Please someone tell me that is this true or not, cause I can't seem to relax after finding out that this is real.

Hey, I was just wondering if this community is still active

I've noticed there is no discord community,why is that?

In the scene where Mei is explaining another character’s (I forgot her name for some reason), death to Kouichi, there’s really beautiful cello music playing and I can’t find it anywhere. I’d like to learn it so if anybody knows what the song is, please tell me.

Who is your favorite character from Another ?

Um, why don't they move out? Demolish the f***ing school?? Appease the ghost? If there parents don't want them to move out then pretend their getting bullied! For f***s sake! I have never watched this but I have someone who knows about it and he has told me all about it. ALL ABOUT IT! If i'm wrong let me know, can they not get in the car and drive off?

In the OVA episode of the anime, the viewers finally get to know how Misaki died (from leukemia)

But right before dying, she tried to reach out to a doll. In the same episode (And also in another episode where Mei was talking to Kouichi), Mei mentioned how dolls are hollow and how they "feed" on souls (I don't remember that line exactly but it was close enough to this)

Misaki DID mention that she could be saved. But she died.

My theory is that the dolls sucked out her soul (After all, it IS a horror anime). This is why she was reaching out to them. And this is why, maybe, Mei was shown to be remembering those dolls after news of Misaki's death reached her.

In fact, it is unusual how much the dolls are shown yet there role is almost nothing in the anime.

This is just a theory and I may have missed out some small detail that might contradict or prove my theory wrong. Please be free to comment your thoughts on the same and any other explanation as to why she could've been reaching out to the dolls seconds before her death

If not would you recommend the manga or live action movie?

Hey Everyone!! I'm new in this wiki and wanna be everyone's friend😊😊

So, I finally got my hands on a copy of this book, and I decided it might be time to start being the admin again and adding content. Be warned: you're probably going to see some spoilers in the next few days, assuming I can keep contributing.

why doesn't kouichi remember what happened year and a half ago meeting with izumi.....

in his information box it says deceacd live action

This is the place to talk about your favorite topic, to share news, theories, ideas, and to connect with others.

To learn more about what you can do here, check out community.wikia.com/wiki/Help:Discussions

If you're an admin on this community, read more about how you can customize your Discussions and set up guidelines for contributors: community.wikia.com/wiki/Help:Admin_and_Moderator_Tools_in_Discussions

Help us grow Another Wiki