Countermeasures (Tactics in the manga) are the name given to the set of rules put in place by the students of Class 3-3 to protect themselves against the curse. Countermeasures are student-led, rather than being officially sanctioned by the school. The most obvious and drastic of the countermeasures is the practice of ignoring one student for the entire school year, to balance the extra student added by the curse.

Due to the dire situation of class 3-3, a set of unofficial rules, or countermeasures, have been put in place by students over the years in an attempt to counteract the curse's effects. Countermeasures are managed by one student, though in extreme situations, decisions are made as a group; this position is unofficial and is chosen apparently before the official start of the school year. Countermeasures do not seem to have any official sanctioning from the school administration per se, but are assisted by the staff in implementation.

The head of countermeasures is the unofficial name attached to the student in charge of enforcing the anti-curse rules. Due to the high-stress nature of the position, it is usually chosen by draft, though it is possible to volunteer for the role. It is not an official school position (such as class representative) but instead is chosen by the students and the teacher of class 3-3 sometime before term begins; it was still possible to hold official school posts and be head of countermeasures, as Izumi Akazawa became female class representative after Yukari Sakuragi's death. The head of countermeasures is allowed to have other students assist them in their duties, and in extreme situations decisions are made as a group.

The Shunning (a.k.a, The Charm)

The most obvious and drastic of the countermeasures is the drafting of one student, before term, to serve as the "nonexistent" student, to be ignored by his or her classmates and teachers until the conclusion of the school year, or until it is evident that countermeasures have failed. Due to the harsh nature of this practice, class 3-3 is kept isolated from other classes, most notably taking PE class alone (rather than by gender as is common in Japanese schools), in order to spare other students not in class 3-3 from participating in the shunning. For obvious reasons, the role of nonexistent student is a hard burden to bear, and not a position most people accept willingly. In the manga, while Misaki Mei is talking to Tachibana-senpai (in class of 1996), it shows a scene of a boy called Sakuma cracking under the pressure of being "not there", and it later states that Sakuma had abandoned his position as "not there" and killed himself. It is speculated that he was probably the casualty of January for that year.

The countermeasures are met with varying degrees of success. Sometimes ignoring a student is enough to keep the curse from becoming active, but about 50% of the time they serve no purpose other than to make life miserable for one student, hoping the curse would not happen. The countermeasures' main weakness is that it requires 100% participation from the entire class. If even one student fails to take part in the shunning, the entire plan falls apart. Thus, students either unaware of the plan or unwilling to take part jeopardize the entire operation. Furthermore, if a student was unaware of the scheme in the first place, great care had to be taken in explaining the situation without actually breaking the rules and acknowledging the shunned student.

Even in years where the shunning had 100% of the class' participation (at least seemingly), this countermeasure sometimes still failed.

By all accounts, the Calamity's toll on human life went on unabated year after year prior to the conception of the Shunning (with the sole exception of the 1983 school year, when the Calamity mysteriously ended in August). Over the years, the students of class 3-3 attempted various strategies to avoid or prevent the Calamity. Those methods which are known to have been attempted but were completely ineffective are listed below.

At one point, working on the hypothesis that the Calamity was localised to the physical classroom of class 3-3, it was decided that that class would be relocated to different classroom in a different building. Unfortunately, this had no effect on the Calamity, although it showed that whatever was behind it was bound to/by the school's organisational structure rather than a physical place.

In 1983, in an unprecedented development, the Calamity ended mid-year, after claiming only seven lives. The last recorded deaths that year occurred in August, the same month when the class had made a pilgrimage to Yomiyama Shrine. Subsequent classes visited the shrine in hopes that some spiritual force there had come to the class' aid and would do so again. Unfortunately, this had no effect, as the ending of the 1983 Calamity was due to something else entirely.

By 1998, the countermeasures had become firmly established as the best hope for class 3-3 to survive the year intact. Izumi Akazawa broke tradition by volunteering to lead countermeasures for her year, and a quiet, withdrawn student named Mei Misaki was chosen to be shunned, a role she filled without complaint. She commented to Kouichi that if she hadn't taken the role then she would have been required to ignore the person who was chosen for it. However, a series of bad luck conspired to ensure Izumi could not instruct a new student, Kouichi Sakakibara, in the rules of the curse. Despite a warning from Mei herself, Kouichi misunderstood the situation and, in acknowledging Mei's existence, helped the curse gather steam. However, by that point the curse had already claimed its first victim, Misaki Fujioka, so it is debatable whether the events of 1998 were avoidable.

Forced into a corner by her own rules and unable to explain the situation, Izumi took drastic action, instructing her fellow classmates to ignore Kouichi as well, in the hopes of curbing the rapidly climbing body count. Unfortunately, ignoring two students was no more effective than one, and after Kubodera-Sensei, the class's homeroom teacher, committed suicide at the start of class Monday July 13th, Izumi was forced to reevaluate her plan. As it was obvious ignoring Kouichi and Mei hadn't worked, the two were accepted back into the class, though many blamed either for the deaths which had occurred up until that point.

When word came out that one year the curse had abruptly stopped in midterm, Izumi and her delegates (which now included Kouichi and Mei) attempted to gather as much information as possible on the matter. Eventually they learned the curse could be stopped if one killed the "extra" student by "sending the dead back to death."

Unfortunately, this news caused more problems than it solved, as three students took matters into their own hands in an attempt to end the curse. Naoya Teshigawara suspected Tomohiko Kazami and got into an argument with him, leading to Tomohiko going over a balcony railing and falling to the ground outside, seemingly dead. Takako Sugiura became fixated on the idea that Mei was the "other" and instructed her fellow students to kill her, while Tomohiko survived the fall, and hearing the content of Katsumi Matsunaga's tape, ... what happened next with Tomohiko was never mentioned, but somehow he killed Kyouko Kaneki, then Aki Matsui thinking one of them was the extra. Discovering that they were not, he determined the extra was Kouichi, because the deaths didn't start until May when Kouichi joined the class. Though both Takako and Tomohiko eventually died as a result of the curse, their actions led to the most catastrophic single tragedy class 3-3 had seen, with over half a dozen deaths, including Izumi herself and her two assistants (Takako and Yumi Ogura), two relatives of another student, and the surviving homeroom teacher.

Events probably would've spiraled even further out of control had Mei and Kouichi not finally determined the identity of the real "extra" and put an end to things.

Aftermath of the 1998 Catastrophe

There must exist a history of class 3-3, which the teacher and class officers of the current class give to the next year's teacher, who then briefs all of next-year's students in the same special class in which the head of countermeasures and the non-existent student are chosen. - There are two known instances where the history and intelligence structure broke down. First, Katsumi Matsunaga failed to inform his head of countermeasures of the student he had killed, and the realization that he had killed the extra for that year. Second, Mei Misaki failed to inform Izumi Akazawa of Misaki Fujioka's death in timely order. This would have been difficult because Mei was non-existent, but perhaps she could have come to class extra early and written it on the blackboard, thus letting other students escape acknowledging her existence.

After the events of 1998, it is known for sure that Naoya and Yuuya recorded a statement about the 1998 calamity on a CD and placed it on the underside of a surface in the cleaning locker. From the background shown it was likely the cleaning locker of the 1998 class 3-3 classroom. Naoya concluded the statement with the admonition to not act alone, but to discuss things with one's friends to avoid making mistakes. It is almost certain that Katsumi Matsunaga's tape was destroyed in the fire on August 8. It is likely that a portion of its content was communicated to Chibiki-sensei, to be added to his record of the calamity.

The rest is unknown and speculative, how many copies of the 1998 statement were made and where they were put, how many people were told how much about the resolution of the calamity, and whether the content of Katsumi Matsunaga's tape was rerecorded from memory, and how many copies of that were made. Since shunning a student worked some of the time, and nothing else worked, it is likely that they continued to use it, with thought given to what they might do to compensate for its shortcomings in 1998 and previous years.

In "Stand by oneself" Mei Misaki intimates why countermeasures might have failed that year: because they were not short one desk in the classroom, because the shortage was in the faculty room instead. That suggests that for the 'shun' countermeasure to have worked, they would have needed to have shunned one of their two teachers.

As speculation, if Mei's method and ability to identify the extra became known, then she would be obligated to visit the class each of the next several years in order to finger the extra. 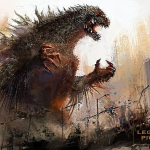 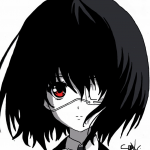