The Sakakibara Family House is the place where originally Kouichi's grandparents, Tamie and Ryouhei, and his aunt, Reiko, lived. Before giving birth to Kouichi, Ritsuko came back in Yomiyama from Tokyo and had been living there for a small period of time. When Yousuke went to India to work, Kouichi came in Yomiyama to live with his grandparents. 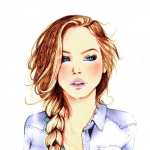 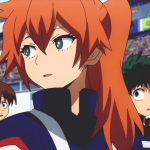